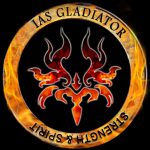 Select Your Goal and Clear Your Doubt

IAS is the short form of Indian Administrative Service. The Indian Administrative Service (IAS) is the administrative arm of the All India Services of Government of India. Considered the premier central civil service of India, the IAS is one of the three arms of the All India Services along with the Indian Police Service which is also one of the central civil services and the Indian Forest Service which is one of the central natural resources services. Members of these three services serve the Government of India as well as the individual states. IAS officers may also be deployed to various public sector undertakings and international organizations.

The full form of IPS is Indian Police Service, and it is one of the three All India Services. The elite Indian Police Service is not a security force but provides commanders to take higher-level posts in the state police machinery and the Central Armed Police Forces (CAPF). Being in an All India Service, IPS officers can be employed by the Central Government and the respective States. IPS officers in India carry a lot of responsibility and also enjoy significant perks.

The Indian Forest Service (IFS) is one of the Civil Services Examination conducted by Union Public Service Commission (UPSC) for the recruitment officers at the All India level by the Government of India for the scientific management of its forests.  Indian Forest Service is one of the Civil Services of India and belongs to the apex All India Services group. IFS services are placed under various State cadres and joint cadres though they have the mandate to serve both under the State and Central Governments.

Odisha public service commission is the recruitment organization for Odisha administrative service, Odisha police service, Odisha finance service and other allied services. OAS, OPS and OFS are the category-A services provided by Odisha government.  OAS, OPS and OFS are lucrative services under Odisha government and include varied carrier progression throughout their service period.

Common Admission Test or CAT exam is a common aptitude test, which a candidate has to clear for admission to the MBA courses offered by 20 IIMs and over 1,200 B-schools in India. Over two lakh candidates apply for the exam every year. The CAT question paper comprises MCQs & non-MCQs from Verbal Ability & Reading Comprehension (VARC), Data Interpretation & Logical Reasoning (DILR) and Quantitative Ability (QA). Difficulty level of the exam is moderate to high.

Other entrance exams include XAT, MAT for admission into premier institutes in management colleges all over India.

The Common Law Admission Test (CLAT) is a national level entrance exam for admissions to undergraduate (UG) and postgraduate (PG) law programmes offered by 22 National Law Universities around the country.

CLAT is organized by the Consortium of National Law Universities consisting of the representative universities.

In India, bank exams are often considered in high regard for aspiring candidates who wish to step into the banking domain. There are multiple bank exams which are conducted by various banks and testing agencies across the country every year.IBPS and other reputed organizations conduct the recruitment of bank po and clerical posts all over India.

we are here to help you

We believe that there is no substitution of hard work; Excellence in academics, Aptitude, Skills, Competitive exams, Language proficiency
& Cultivating Indian values are part & parcel of our team.

How good is the faculty and are they permanent or liable to change frequently?

The overall control lies in the experienced hands of Er.Santanu Kumar Sahoo (14+ yrs of experience),  who has unique teaching methodology
and is the specialist in CSAT.The institute is developed by the faculty members themselves. The core team owns the institute and are permanent
members. Hence, there is continuity in the faculty.

How good is the study material?

Scientifically designed, sufficiently clear and precise theory-notes followed by ample number of questions capturing all flavours and difficulty
levels constitute our study material. The lectures runs in perfect harmony with the material to produce the best possible results.

What will be the batch strength and will the individual attention be possible?

The maximum strength will be 30 students which enables individual attention and gives a feeling of competition amongst the students. Frequent
individual doubt clearing sessions and remedial classes are conducted to address the needs of students. Such an environment is better than home tuitions.

How will you track my progress and how will you help me if it is not satisfactory?

Regular tests and assignments will be used as a tool to monitor your progress. This will also help us in finding the weak areas that need to be
addressed. By tests, we don’t believe in just announcing the scores, there will be follow-up doubt clearing and remedial classes.

It’s a world of visualization & imagination where one can focus the concepts , facts by Nurturing freedom of thought and expression and encouraging sense of exploration.